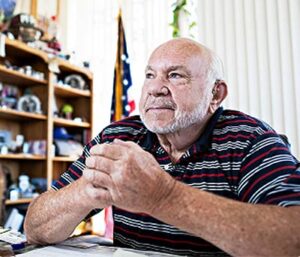 Allen W. Erickson, Sr., president and founder of North West Montana Veterans Stand Down & Food Pantry, served in the U.S. Navy from 1957 to 1963. Prior to his current position, Allen was a volunteer with numerous Stand Downs in Eastern Washington. He was raised in Montana and Washington and now lives with his wife in Kalispell. He enjoys hunting, gardening and spending time with his family in his spare time. After raising 6 children, Allen is devoting his “retirement years” to helping veterans and their families.

It is through his vision the local organization has developed from a 2-day annual event, called a stand down, to a veteran’s service center offering a helping hand up to homeless, low-income and at risk veterans and their families. The first Stand Down was held in 2000 and the Food Pantry opened in 2002 after Allen realized he had to do more as the many needs of our veterans were not being met in only 2 days a year. A former homeless veteran with 3 children, Allen knows first hand the difficulties many face in that position. As someone intimate with the struggles of being homeless, he is in a unique position to offer peer counseling and encouragement to those in need.

Allen’s vision has touched many lives and the Food Pantry has assisted thousands of veterans and their families, helping to bridge the gap between the veterans and the service providers who sometimes have trouble connecting with each other. Allen is continually seeking solutions to assist all veterans gain access to any and all resources that can benefit them. He continues to be the driving force behind the organization, raising community and national awareness to the plight of our veterans, no matter how large, or small, the issues may be. 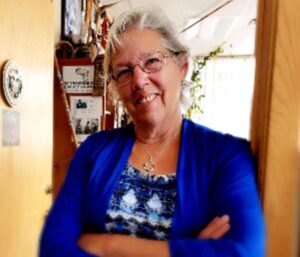 Linda Erickson is a Co-Founder of North West Montana Veterans Stand Down & Food Pantry, a veteran’s service center offering a helping hand up to homeless, low-income and at risk veterans and their families. The first Stand Down was held in 2000 and the Food Pantry opened in 2002. Linda is an Executive Administrative Assistant and she also serves on the Board of Directors as the Secretary/Treasurer.

Linda received her A.A.S. degree in Small Business Management in 2005 from FVCC. Pursuing a college degree while working full time and raising 6 children has honed her ability to manage the many different positions she holds at the Food Pantry. Linda is instrumental to the daily operations of the organization; she organizes many fund raising events and the annual Stand Down outreaches, writes grants and serves as an administrator.

Prior to her current position, Linda was a customer service representative for Stream, Inc., a company that provided technical support for Internet connections and communication devices. She was also a retail sales associate for over 18 years and was promoted to Department Manager, enhancing her leadership skills.

Linda lives with her husband in Kalispell and enjoys spending time with her grandchildren, gardening, sewing, canning and going on family outings. Living in Montana for over 30 years, Linda knows first hand how hard asking for help may be for many veterans and their families. She is always looking for the best ways to reach out and help other people. 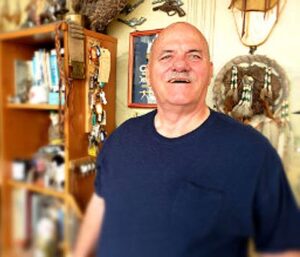 Lynn was raised in Missoula, Montana and is a native Montanan. He graduated from High School in Missoula. He went into the Navy Reserves in 1957 and spent two years on active duty, in the west coast of the Pacific.

After his six year tour in the Navy he went to the University of Montana for a year.

He then went to work for the Northern Pacific Railroad. After a period he moved to Columbia Falls and worked for the Great Northern Railroad and C&C Lumber.

In 1966 he joined the US Army. He and his wife Bonny were married in 1968 just prior to his departure for Viet Nam. He was Honorably Discharged December 24 1968 as a Sergeant.

During that time he worked several jobs and gained much experience with people. He also went to Flathead Valley Community College and received a 2 year degree in Psychology and Social Justice. He also followed that with a degree in Human Services.

In 1978 he left the Sheriff’s Office and went into business for himself, where he worked for four years, until he was asked to return to the employ of the Sheriff’s Office by the newly elected Sheriff Rhodes. He was sworn in. went to work and remained there for another twenty years until his retirement in 2003.

During that time he rose from Patrol Officer to the Rank of Chief Deputy at the time of his retirement. During his tenure he served as Chief of Detectives, a brief period as Swat Team Commander, Dispatch Supervisor ending his carrier as Chief Deputy. During his last few years with the Sheriffs Office, he was working with the Office of Emergency Services where he was Deputy Director, Environmental Crimes Officer, Hazmat Team Member, and Explosives/Ordinance Officer.

He has received thousands of hours of instruction is all aspects of Law Enforcement and Emergency Services. He is currently the Fire Chief/Training Officer for the Trail Creek/Polebridge Fire Service Area Fire Company. He is also an active member on the Board of Directors for the Flathead County Fire Service Area. He is also on the North Valley Search and Rescue Board and he is still on several boards actively in the Flathead and North Fork. He has served on the Board of the Northwest Montana Veterans Food Pantry for the past several years and is currently serving there. 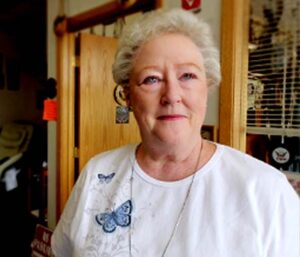 Bonny was born & raised in Missoula, Montana. She graduated from Sentinel High School there.

In 1969 she moved to Columbia Falls with her husband, Lynn & two small children. Mick & Rachel were joined by Justin in 1970.

She was a medical/dental records clerk & receptionist for eight years. In 1985 she went to work for Don Dornfeld’s State Farm Ins Agency as Office Manager. She became fully licensed in all lines of insurance in 1987. Don retired in 1993 but Bonny stayed on as Office Manager for Jan O’Brien. All told she has been at that office for twenty – three years.

Bonny has been active in the community both professionally & personally. She has been a member of several organizations & has been on the board or an officer in some of them. She was Insurance Woman of the Year in 1992 for the Local Chapter of NAIW where she served as Recording Secretary & then President. She was on the board & served in all offices of the North Fork Improvement Association & several committees. She has been on the Board of the Northwest Montana Veterans Food Pantry for the past two years. She is also a member of the North Valley Search & Rescue. 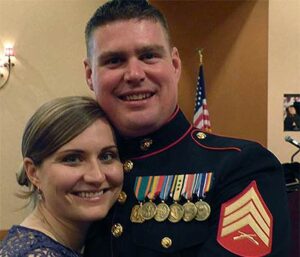 I have built my Edward Jones branch by providing education, service, and honesty to the best of my ability for all of my clients and their friends and family. I believe every strategy offered and every solution recommended is based on what’s most important to you. Once I understand your priorities, I can help you identify specific financial goals and develop strategies to help you work toward achieving them. Before coming to Edward Jones in October 2008, I served in the United States Marine Corps as an aircraft rescue firefighter at 29 Palms, CA, and in Iraq. I specialized in vehicle, structural, and aircraft, fire and rescue/recovery missions. In 2004, after completing my contract with the Marines, I began working as a Department of Defense contract fire officer and military trainer in Iraq until October of 2008.

I attended Flathead Valley Community College online while working in the Middle East as well as the College for Financial Planning, where I received an Accredited Asset Management Specialist certification (AAMS®). Within the community, I serve on the board of directors of the Northwest Montana Veterans Food Pantry, Kalispell Regional Medical Center Foundation, and CASA for Kids in the Flathead. I am also the finance chair for the Kalispell Regional Medical Center Foundation.

Personally, I am blessed with two children, Asher and Addilyn, and my amazing wife, Amy.

Our Mission  About Us Camp Ponderosa Make a Donation Volunteers 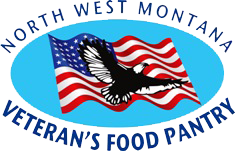 Northwest Montana Veterans Stand Down & Food Pantry is a 501(c)3 non-profit organization dedicated to providing a “helping hand up” to veterans and their families.